The Align command combines the Move, Rotate and Scale commands into a single command
and allows you to easily put objects in the correct position and orientation.
If necessary, you can automatically scale 2D aligned entities to fit their new location.

Specifying only one pair of points moves the specified entities from selected point 1 to
point 2 without rotating them.

Open the file Display.dwg (Download Display.dwg). It shows a portion of an architectural drawing,
with a dangling block that has to be aligned correctly. 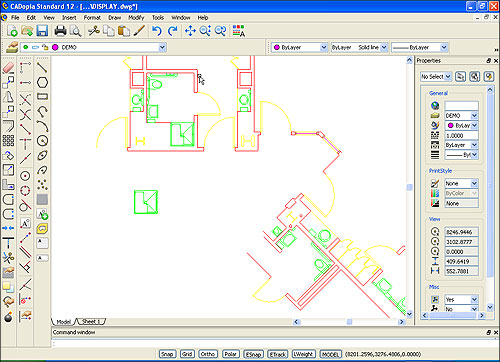 Type align on the command line. 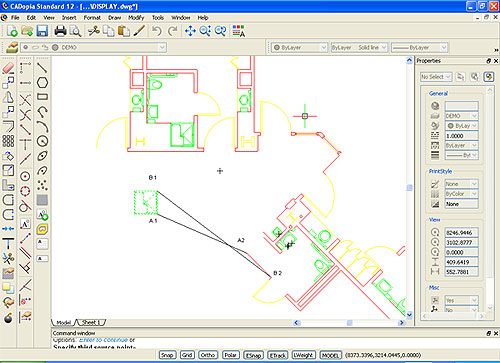 The final aligned object is shown below: